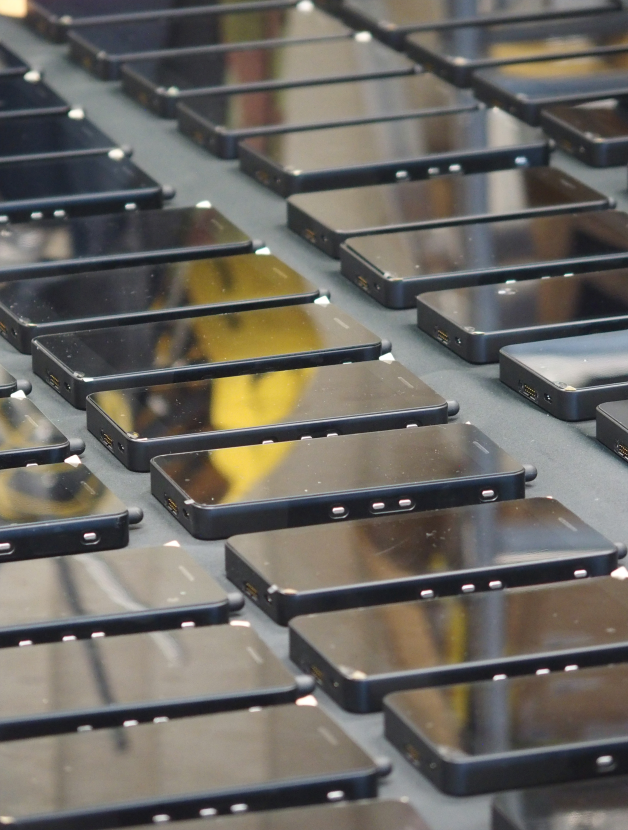 Its the start of a new decade (unless you are one of those people who starts counting the decade from 2021) and it already looks very exciting for Linux devices. Many mobile operating systems are going forward and the interest towards privacy and alternative mobile devices seem to be increasing as it has been for the past years.

As for us we are finally writing an update regarding our NC_1 devices and we thank you for your patience. There have been some unfortunate delays regarding the device and we apologize for not communicating about them sooner. First off, after the last update we’ve had to change the screen and the display completely as the one we were using will be going to end-of-life sooner than expected. Changing one component in such a small formfactor almost always affects the whole design. We’ve gone ahead and acquired a custom screen glass and display that does not go end-of-life and we’ll be able to use it far into the future. The hardware design changed on the outside from the previous iteration with this change. The design and modified hardware is now done and we have been busy finishing up the device for developers.

We have been doing driver development with our partners for this new display bridge and will be open sourcing it in the future. Currently all our drivers for the device are in mainline Linux kernel except for a display bridge driver and the WiFi driver. As stated in one of the previous blogs, the WiFi driver is a blob for regulatory reasons, but of course the WiFi chip is isolated via SDIO from the the System On a Chip.

Second problem we encountered that has delayed us was bureacracy regarding the export of the device. As the device is dual-use technology there was an issue with where and to whom it can be exported to. This has delayed us from sending our developer devices to the community developers. We want to make the development on the device to be hassle free and we don’t want to send hefty agreements with the devices so we decided to take time to make sure everything is sorted out.

Our main focus still lies within the enterprise and security customer segments. However, this does not mean that communities are not in our hearts. We will be contributing to the open source communities working in the mobile industry. It is still our dream to have an actual privacy respecting mobile device that is in the users control. We will contribute code, devices and in some cases donations for communities in order to boost the ecosystem as whole.

These past years we have seen great progress among the Linux device communities, both with the software side as well as hardware. We are excited to see where it is headed and proud to be part of it.

PS: Some of us will be at FOSDEM with NC_1 devices. We will also be at MWC2020. Another blog post is coming with more details.